Practice with me on Tuesdays and Thursdays at 9:30am PST! Online Classes start 09/15!

You are here: Home / For Yoga Teachers / Somatic Definitions w/ Tara Eden: “Developing True Understanding of Our Bodies Through Feldenkrais” 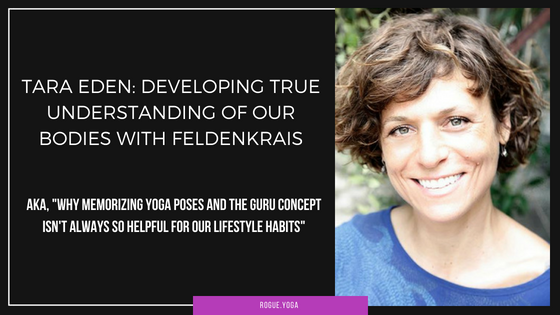 Whether you’ve been practicing yoga for years or whether you’ve just begun to take some classes, you might notice a few things:

Sure, you’d get some “modifications” or “variations”, but for the most part the yoga asana sequences tend to be so predictable that the advanced students can immediately start practicing the next pose before the teacher even says anything.

So, what happens when one yoga teacher begins to realize this after a decade of practicing the same sequences with the same high intensities?

Enter: Tara Eden, founder of the Somatics Movement Project. Previously a stressed-out teacher living in New York, she took it upon herself to relocate to Chiangmai, Thailand to study Thai Massage. Somehow, she stumbled upon Feldenkrais (something she had tried once before), went down the rabbit hole of somatics and embodiment before she ex-communicated herself from the whole yoga scene. 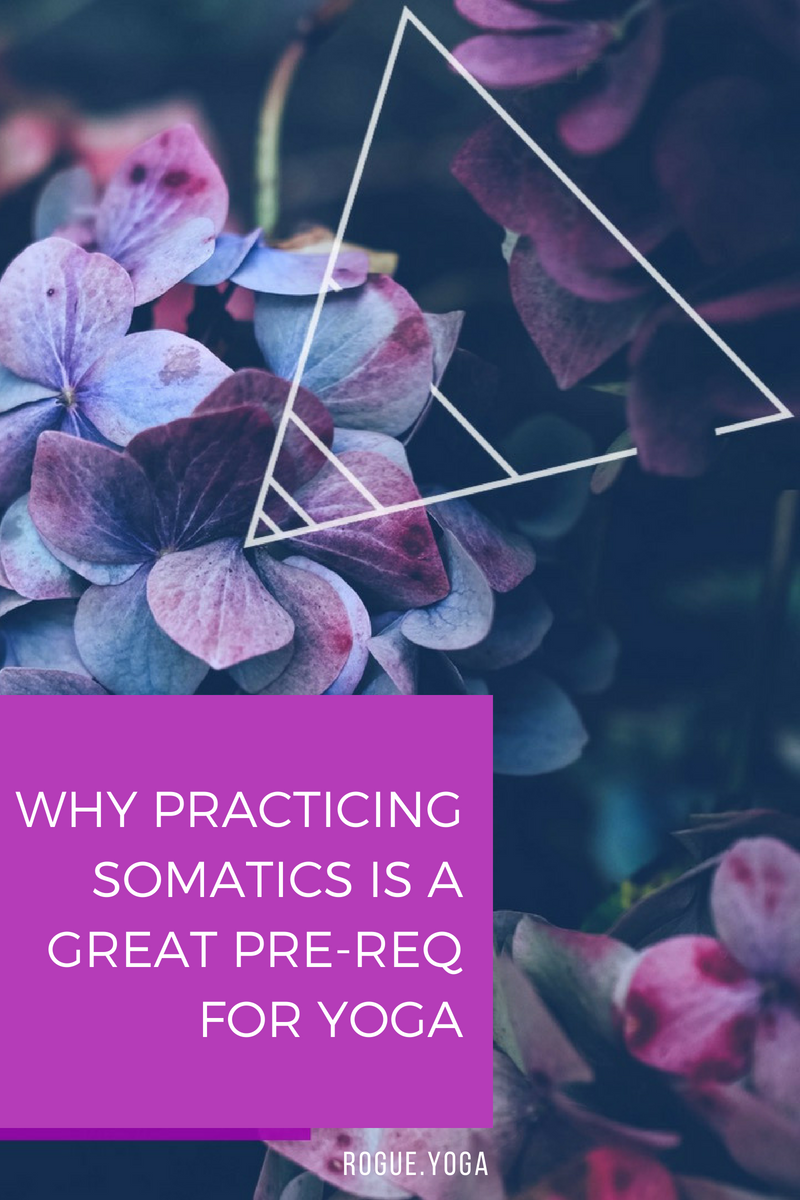 Wait, wtf is Feldenkrais in the first place?

As Tara explains, this kind of modality can be considered to be a yoga practice, but it is completely different from the set of asanas (It doesn’t even require a mat. Just a floor, a layer of blankets and tons of space to walk around).

Feldenkrais, or its exercises known as “Awareness Through Movement” sessions involve sets of patterned movements. Some are typical patterns we do in everyday life.

But, when the patterns have one aspect changed (i.e. orientation, direction of one body part vs another, etc), that’s when things get a bit interesting for your brain.

In Tara’s experience, it’s usually the students who are more mature in age that appreciate this kind of laboratory work, while the ones who are younger in age tend to just rush out the door as soon as the session is over.

Being someone that grew up before the internet became available on AOL, saw it explode with social media and seeing how newer generations are glued to their smartphones and exotic yoga selfies…I can see the gap that exists.

So, how do we even introduce a concept like Feldenkrais to the new generation?

Enter: Somatic Yoga, a project Tara started when she began questioning the “guru” structure of the various systems. What started as a stepping stone towards full on somatics proved to be a validating reason for her to just ditch yoga for good.

A lot of yoga teachers can agree with this experience of “advanced” students coming into the studio, going straight for the advanced versions of poses and basically having the entire sequence memorized by heart.

So, when they’re asked to move in various axes, different directions and dimensions, to slow it down and disrupt the script of standard yoga asana cuing, they’re usually NOT HAVING IT.

“So, I started out teaching Somatic Yoga, which was safer for me and it was a language I thought was best to describe the work. Then, i discovered that embedding Feldenkrais directly into yoga was a little bit complicated. One is because a lot of times, committed yogis already have a pretty clear image of what they’re practice is about. And, it can actually, ironically, be a difficult population to be adaptable.

More importantly, if you are already in a posture and there’s some degree of intensity (or self-regulation to maintain the posture) then adding a layer of sensitivity on top of that can be ridiculous.

The ATMs (Awareness Through Movement) is an ongoing process of refining sensitivity in our body awareness. So, when we look at Asana, you can argue that it’s a pose where people are focusing on their alignment, but it’s as designated by your teacher, and assessed by some global standard of alignment.

So, if you’re already trying to maintain yourself in your alignment, and then refining on top of that, the intention of the ATM can get lost.”

Eventually, Tara ditched the yoga leggings and went for the relaxed attire to teach Feldenkrais “full time”. Well, if you call “a few hours a day” of self-practice, deepening of embodiment and teaching a few sessions a week “full time”. I call it a damn good blessing.

Watch the 60-Second snippet of this yoga interview

When you’re asked to look within during a Yoga class, what do you typically think of?

If you’ve tried a somatics exercise and you’re asked to notice the little nuances of your body, how does this differ from “looking within” during Yoga? 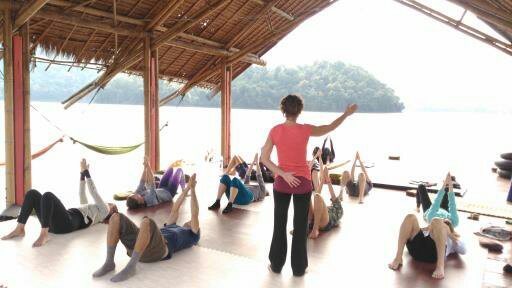 Speaking from personal experience, I didn’t know that the past 35 years of my life consisted of me walking with stiff arms and subconsciously contracted shoulder muscles.

After 55 minutes of following an audio-only Feldenkrais exercise, I discovered that about myself.

HOW TARA GOT INTO FELDENKRAIS HERSELF

At the time of her first trial of an Awareness Through Movement session, she didn’t think much of it. But, after she uprooted her life to Thailand, she stumbled upon it again via YouTube.

From the very first moment that she laid down and did a lesson, it blew her fucking mind.

There was just no question that this was amazing.

So, she began to dive deep into this practice. For hours a day.

In Tara’s words: “What’s interesting here with Feldenkrais is that you have the potential to exit the “box” of habits, mannerisms, way of perceiving things that you’ve been doing your whole life.

If you’re curious, if you’re open to learning, the potential is there. “

Being a yoga teacher for a few years and getting bored of seeing the same sequences over and over has me wishing that all yoga teachers started off with somatics first. It’s almost like thinking about the public elementary school system in the US–you’re told exactly what to do, how you could possibly move onto the next grade, but once you get to college (or the age you “should” go) you’re realizing how there was no education on managing money, being street smart and thinking outside of the “Matrix”.

If you’re constantly being told how to practice on the mat, how to align your body, how to look and how to “tell your students exactly what to do. They’ve had a busy day, they don’t need to think”…how does that lead someone in his/her ability to sense when a body part is not feeling it today, or that there’s other patterns of moving the body in order to pick up a bag of stuff from a shelf, to move a heavy piece of luggage from one spot to another, or to climb across a narrow space without losing balance and falling over?

“When you have that kind of framework, then there’s never a potential for someone to actually connect to themselves, to listen to themselves or to grow. If anything they’re constantly drawn away from their body, wondering how they’re supposed to feel”–Tara

“It takes a huge leap of faith to trust yourself. It’s an ongoing process. Coming to that place that you can even consider listening…in and of itself is a leap of faith. It’s extremely important. It should be the basis of yoga. You should have some sort of background in listening to yourself. In recognizing sensations.

In terms of functional anatomy, it’s also important, but people generally go about it backwards. It’s not until we get injured that we realize we should have listened.

My feeling is that there’s a change happening. I think people are more interested in listening, in becoming autonomous”

This was Tara’s first techy experience with videocasts and podcasts, and she nailed it.
There is definitely a change happening 🙂

Was this content helpful? Buy us a Golden Turmeric Milk Latte!