Practice with me online! 30, 45 and 60-minute live classes every week! 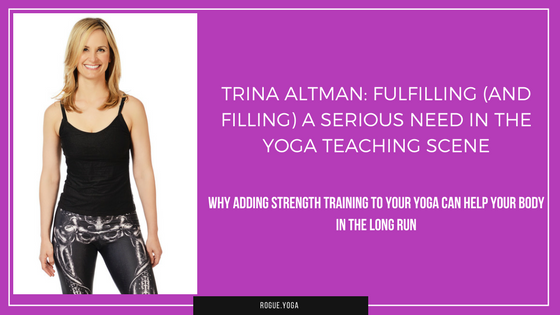 Say you’ve been practicing yoga for awhile. You look up a studio, check out their class schedule and see the words “Vinyasa Flow”. Without a doubt, you can already see the sequence in your head.

Think about it: you’re in a sea of yoga studios offering nearly the same thing. Start with some sun salutations, warm up to Wild Thing and cool down like a Happy Baby before you call it a day. Oh, and don’t forget the blaring Top 40 music on your way out.

Now, let’s say you’re on the “teacher” side of this picture, and you’re trying to get started in the industry. You’ve got two choices:

What route would you take? Would you feel conflicted about it? Or would you go boldly where very few teachers have gone before?

This would make an interesting journey, wouldn’t it? People would tell you, “No”. You could question yourself since your concept isn’t mainstream. But, when you put in the hard work and focus on the embodiment of your future students… it can be so worth it.

This is what’s happened for Trina Altman, creator of Pilates Deconstructed® and Yoga Deconstructed®, a long-time instructor at Equinox in Los Angeles and a passionate leader in movement exploration.

She saw the relationship between Pilates, vinyasa yoga and repetitive motion-induced injuries when she started to ask, “Why was a healing practice like yoga hurting me?” 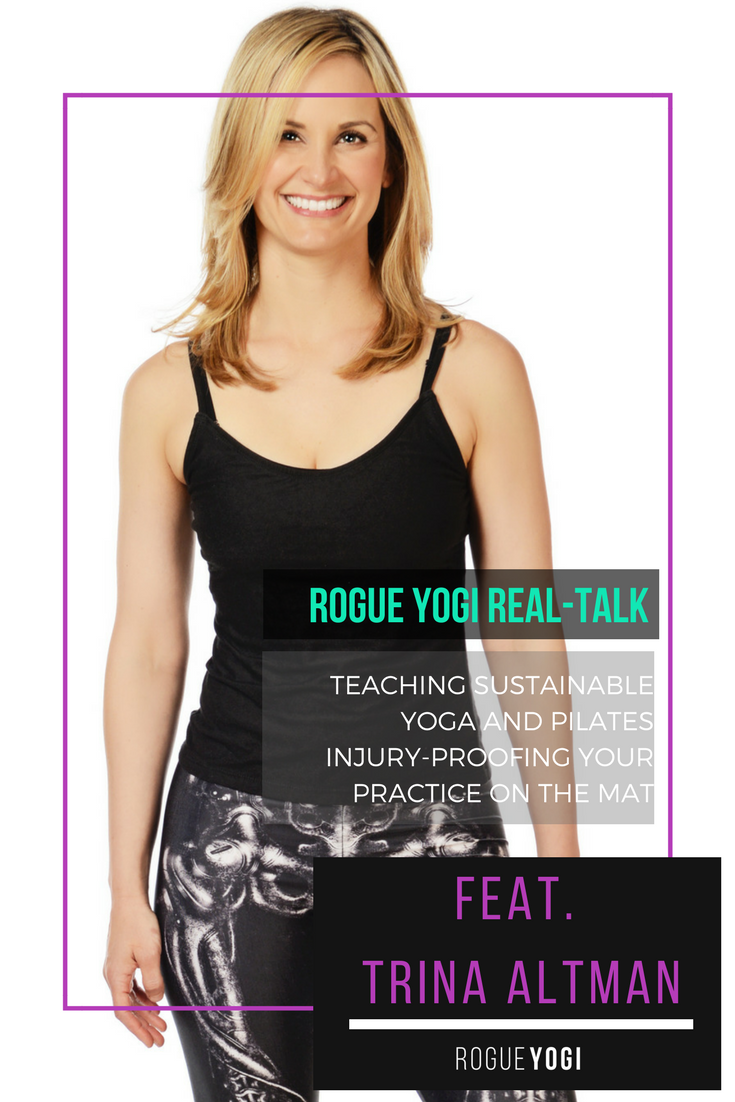 Trina took her initial Pilates training in Connecticut. After seeing how well it addressed her joint instabilities and reduced pain, she completed her comprehensive Pilates teacher training and pursued further education in anatomy, biomechanics, and exercise science, which she integrated into her teaching to help her students move better.

In 2010, Trina and her husband moved to Los Angeles, where she had to start from scratch.

I started subbing some “flow” classes here and there. From what I had I learned in my Pilates training and studying movement outside of yoga, I could see something important was missing.

Everybody already knew the poses and they were just flowing through. It wasn’t really a teaching environment– it was more like a guided dance class. Everyone knew the choreography and the teacher would walk around and verbalize it.

So, I thought to myself, “Maybe I won’t teach yoga. I can just focus on Pilates instead.” Then, I took the Yoga Tune-Up® Level 1 training. It opened my eyes to a way of teaching yoga that aligned with what I’d learned about the body through studying anatomy, kinesiology, and Pilates.

Calling what I was teaching Yoga Tune Up® instead of just yoga, made people more receptive to the idea of experiencing a less traditional yoga class.

I could walk into the classroom and say “Hi! My name is Trina. This class is called ‘Yoga Tune-Up’. It’s not a vinyasa flow class. That’s the class before this class and the class after this class. What we’re gonna do in my class is…”, and then I’d say what we were going to cover!”

The challenge was that I couldn’t find any yoga studios that were receptive to teaching a class that wasn’t based on the more traditional styles of yoga. This meant I had to drive an hour and a half each way to teach at a Muay Thai boxing gym, a country club, and a place that offered Pilates and physical therapy.

I found that I always gravitated towards places that were more open-minded and took an interdisciplinary approach to movement. Later on, I started teaching at Equinox, a gym where the members were open to learning new things. 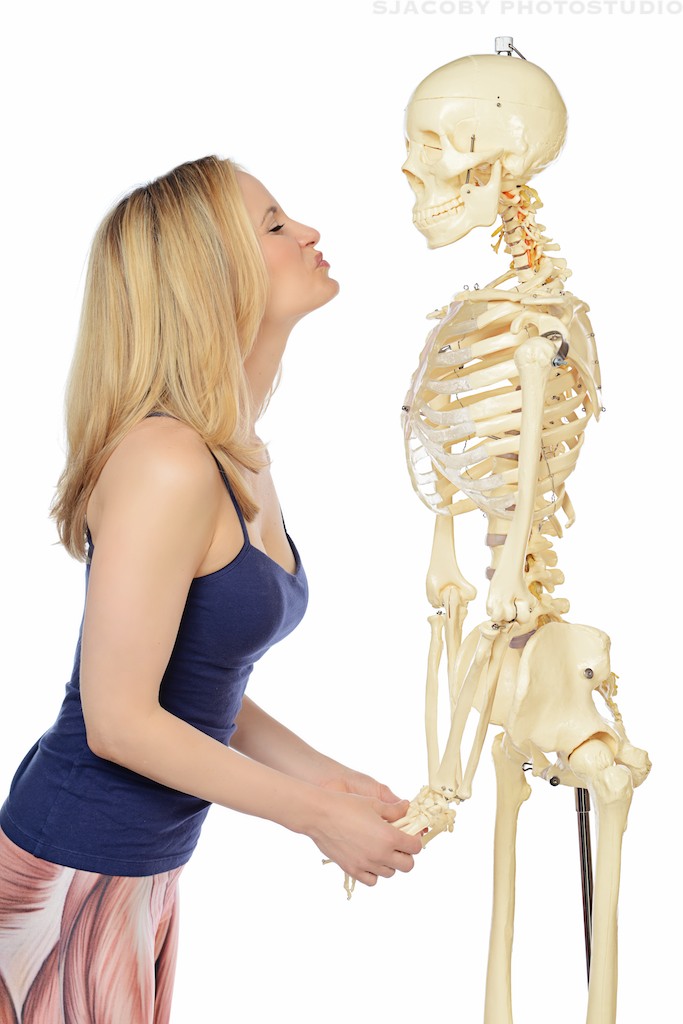 It was truly a blessing that I ended up teaching in a gym like the one at Equinox.

I’ve been teaching there for 7 years and as someone who loves to do all kinds of exercise, I can tell my students, “What you’re getting from me is what you need to do AFTER you’ve already done your weight lifting, cardio-vascular exercise, HIIT class, or Zumba class.

My class is not cardio and weight-lifting. It’s recovery and challenging your brain. It’s improving your proprioception and your interoception. Finding some of the places in your body that might not be doing enough, and getting them to do a little bit more. Finding places that are doing too much, and getting them to calm down.” 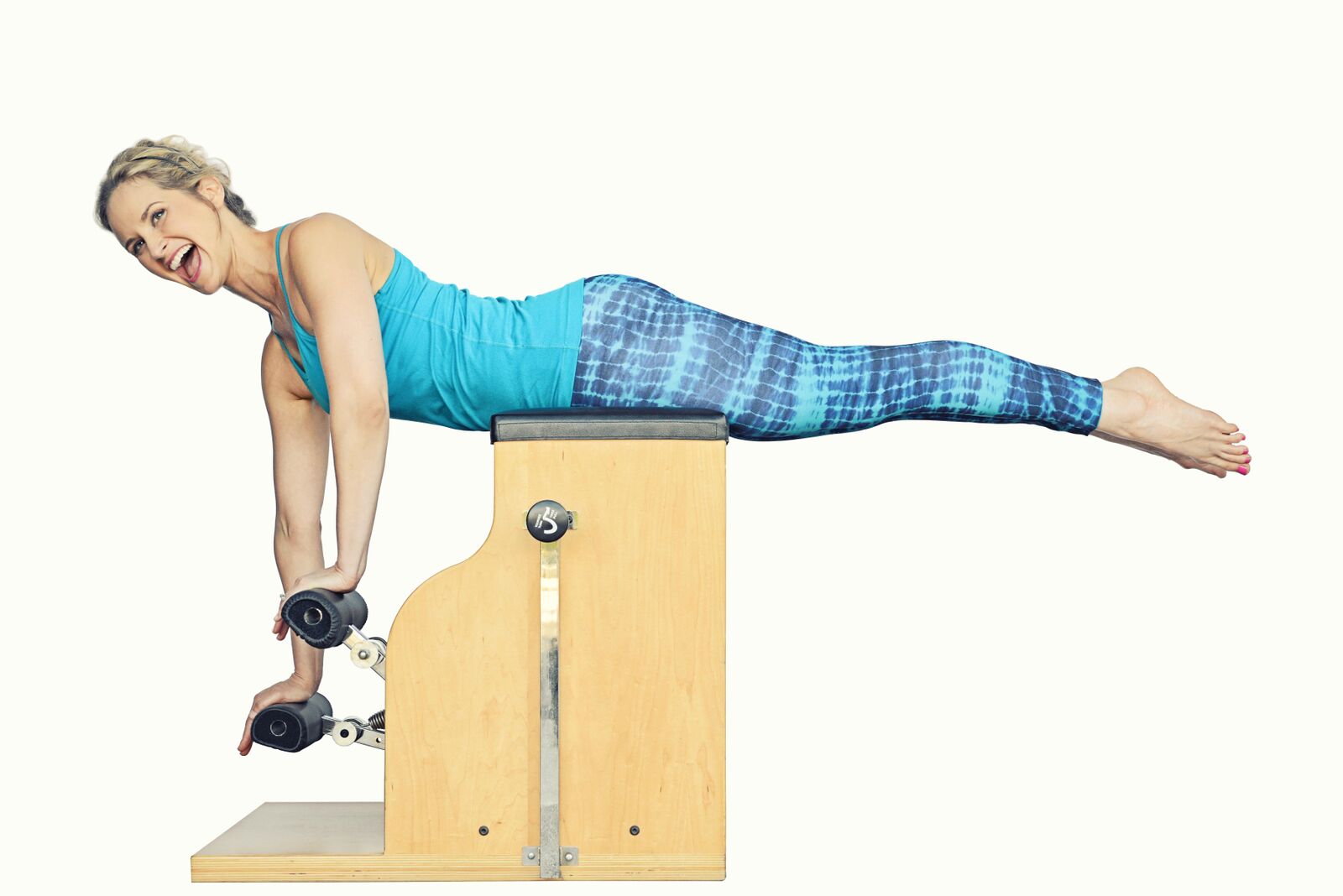 I also appreciate that I can be clear that even though it might make you sweat, yoga isn’t cardiovascular exercise. You can take a HIIT or a spin class for that, and, because the members pay a flat rate for unlimited classes, they’re open to trying something new.

Now is a great time because people are doing something about their imbalances. People are seeing that you can’t just keep jumping on a hardwood floor forever. You also can’t just keep stretching yourself into oblivion. You eventually have to bring some strength into your movement.

It’s interesting to see all of the strengthening now. Who knows? Everyone might go back to just stretching in another 10 years!

SO, IT’S NOT JUST PILATES MACHINES OR JUST YOGA MATS!

For example, with yoga, most of what we’re doing is bodyweight exercise.

Sure, when you shorten levers, by bending a knee or an elbow…that does change the load a little bit, but, you’re never pushing more load than your body weight.

However, when you go to the gym, Pilates, or the Gyrotonic studio, you have options where you can PULL.

The reason you’re only pushing in yoga is because every pose is gravity-based. Depending on your individual threshold, it can be months to years before you’re affected by this imbalance.

If you have a stretchy band, spring resistance, cable machine, kettlebell, etc., you can lift 2 lbs today, 4 lbs tomorrow, and 8 lbs the next day. You can progress.

This is safer than going from never lifting anything to suddenly lifting all of your bodyweight at once.

An example of this is Crow Pose. For a lot of people, the heaviest thing they’ve ever pushed is the grocery cart…which isn’t really heavy at all. Then, they go and push their whole body weight off the ground during Crow Pose, or they push more than half their body weight in Plank and Chaturanga.

It’s not surprising that you might injure yourself because that’s just not how exercise science and loading works. You have to be gradual with it so you don’t overload your tissues.

Another example is how you’re loading your tissues and joints from doing Paschimottanasana (by pulling on the big toes), versus how you’re loading them with rock climbing or doing pull-ups. If you’re at a gym, you can find a lat pull-down bar and add the 10 lb weight before you pull it. You could also add 50 pounds, 80 pounds or 200 pounds. Those would be a lot of options for pulling. You wouldn’t just start with pulling 0 pounds then expect to immediately pull your whole body weight. Yet, that’s what we do in Yoga with pushing.

So, what does Trina recommend if you’re a yoga/pilates teacher who’s also deepened your understanding of functional anatomy? What if you’ve begun to think outside of the yoga “box” and want your instruction to evolve? 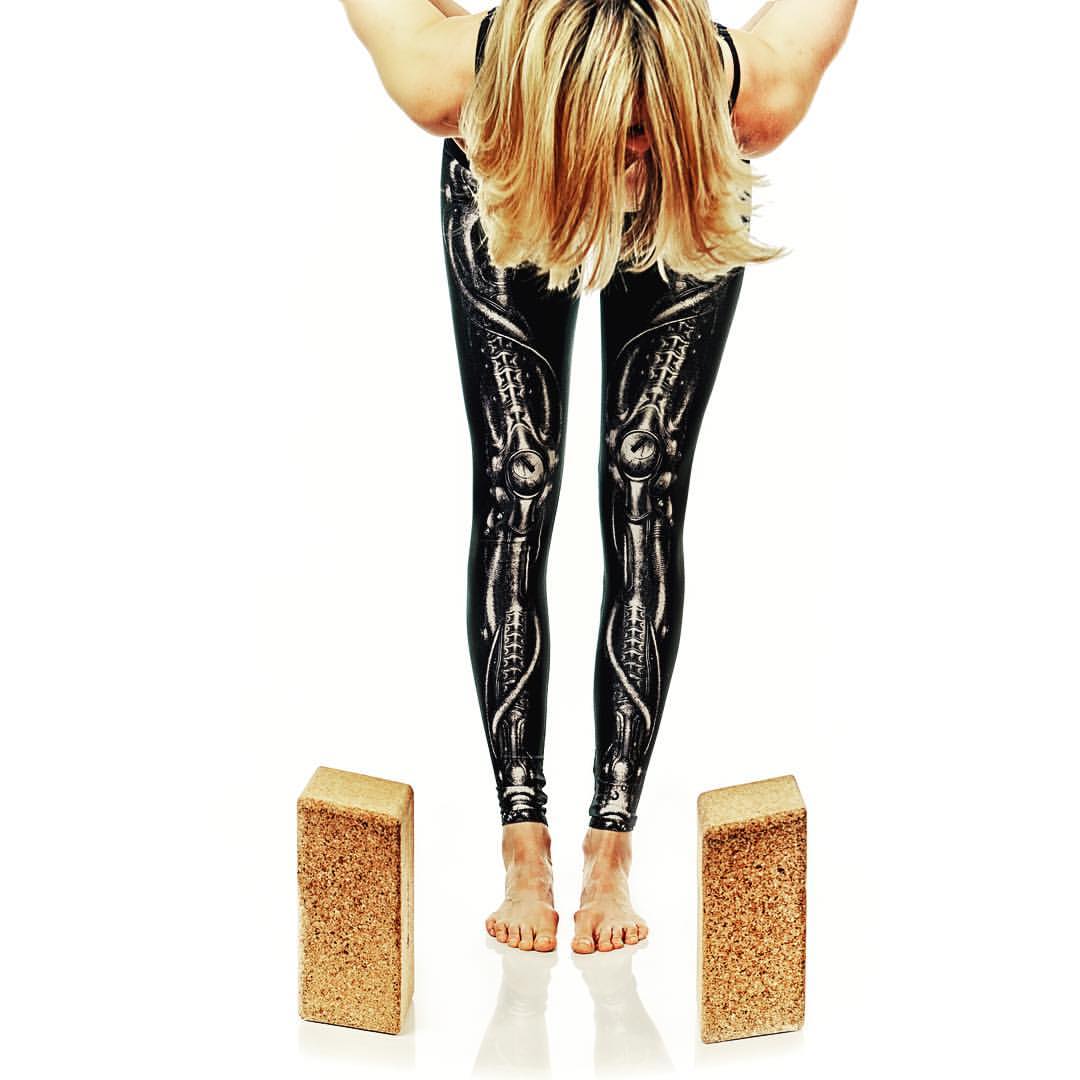 What keeps us going as teachers is the learning process that never stops. When you are in an environment where you continually learn things, you get to teach and share them. You’re also less likely to get bored and experience burnout. But, if you’re at a studio where you can’t share these new discoveries with your students, it might mean that you need to go somewhere else to teach.

If you’re instructing at a lot of different places, and you find a new gig where you have more freedom, you can slowly drop some of the previous gigs where you don’t.

Try to make changes (even though they can be scary), because you deserve to teach in a supportive environment where people appreciate what you do.